Mike has been busy mixing and mastering. Mixing is adjusting the levels and effects on all the different instruments and vocals within each song so that they sound well balanced with each other (more listening for Mike!). Mastering is adjusting each song so that it is well balanced dynamically with the other songs. Whilst it sounds simple, it is actually quite a complicated, skillful process which can take several hours, and I can see Mike rolling his eyes up in despair as he reads this over-simplified explanation.

At the same time we started to think about the artwork for the CD and for this we needed to decide on the order of the songs.  I asked Mike “Is there some kind of thinking about how to order songs on an album?” to which he replied “well, I think there have been things written about it, and some kind of scientific research carried out, but really, it probably doesn’t matter” – thanks Mike, very helpful! His mind was obviously on mixing and mastering!

So, as the songs were in alphabetical order on the computer, what better place to start than that. 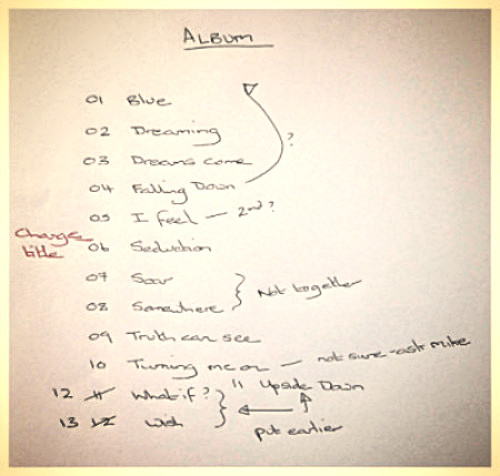 Actually, and surprisingly, the order didn’t sound too bad, except (and this was a BIG except) 3 of my favourite tracks were right at the end.  At least we had an order to work with though, and after moving track 3 to 1, 4 to 2 and 11, 12 and 13 to 3, 4 and 5 we had (bar a bit more minor shuffling) an order which seemed pleasing to our ears.

I’m sorry to disappoint all of you out there who advocate the “scientific approach”, but really there is absolutely nothing scientific about choosing the song order on an album! And, to stop us feeling tempted to shuffle the songs around again I’m putting it ‘out there’ to share with you 🙂 Here is the album inlay (back cover). 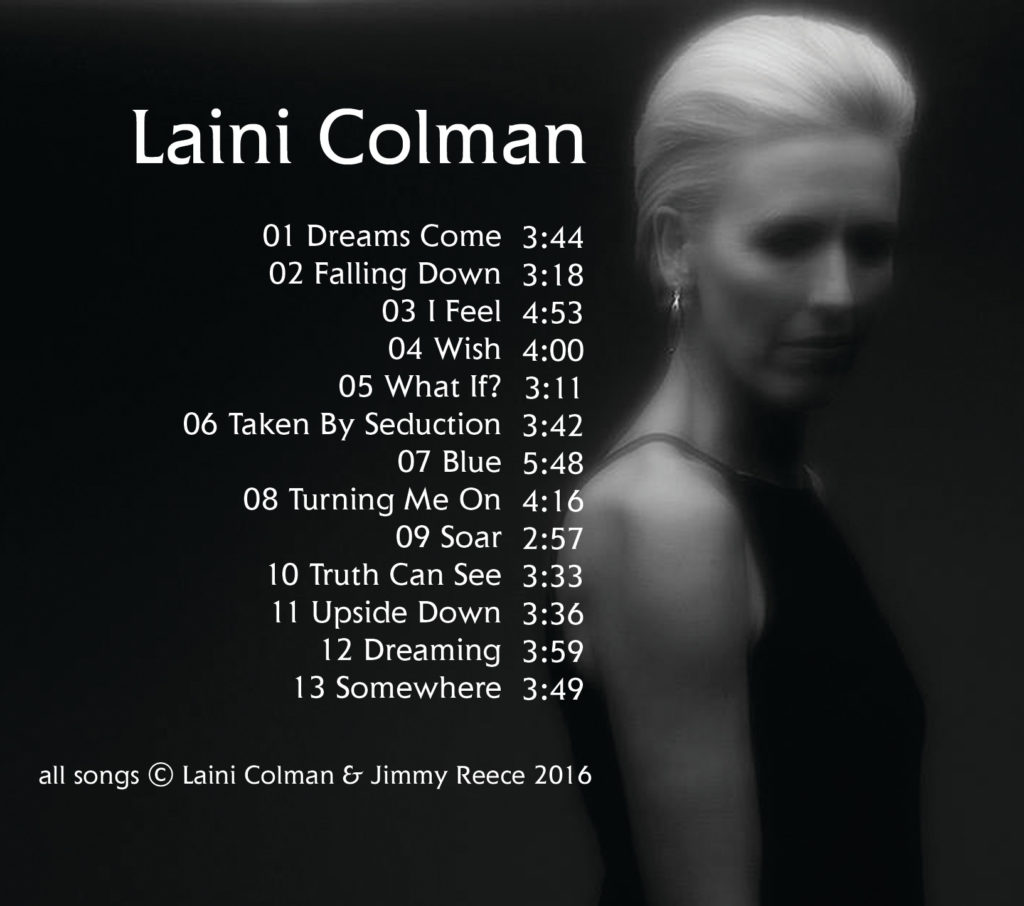 Next time I’m going to tell you a little more about the music itself so that you have an idea of what you can expect. And, as I move closer to the release date of the first single I’m going to be sharing previews with everyone who has signed up to my newsletter, so if you haven’t yet signed up then you can do so here:

Until next time, take care!