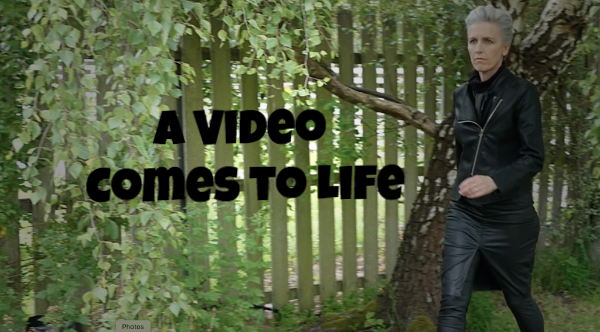 When I last wrote I’d just finished shooting the video sequences with Mike Raine for  ‘Dreams Come’, the first single that I’ll be releasing from my debut album next year.

Since then, Mike has been working hard on the editing process and when we got together on Monday, the video was virtually complete. We just had to make one or two minor tweaks and now my task is to scrutinize it carefully for any major editing mistakes. I have to say, though, I’m really happy with the result, and now I can’t wait to share it with you. As long as I don’t see anything that needs re-editing, I’m hoping to put it up on Youtube next week with a private link that I’ll send to all my mailing list subscribers for pre-release viewing (yet another new skill for my already bursting brain to learn! Hope I manage to work it out – can’t be that hard can it ?!).  I’ll open it up to the public when I officially release the single in January.

In the meantime though, and as promised, here are some stills from the shoot:

Other news for this week has been the start I’ve made on recording a cover version of ‘Roads’ by Portishead. It’s still early days on that, but I’ll keep you up to date with progress.