The last 2 weeks have been very busy and I’ve quite a bit to tell you. The most important piece of news, though, is that I can announce the official release of my first single “Dreams Come’ for Friday 20th January (9am Australian Eastern Daylight Time AEDT) – YEAH!

The single will be available for purchase on my website (which I’m also launching on the same day) and on iTunes and will be streaming on Spotify, together with the Youtube music video, which hopefully you’ve had a chance to watch via your Exclusive link. If you’ve only just joined my mailing list, then you’ll receive your link in the final e-mail of your welcome series.

The link to my website will be www.lainicolman.com so please head over there on the day and have a browse around.

And, it would be wonderful if you could tell your friends about the launch and share the link to my website with them 🙂 There will be the opportunity for them to download the single for free and also for them to join my mailing list if they would like to keep up to date with my music news.

If you are on Facebook, then please look out for your Event invite early next week to the launch which will make it easy for you to share with your facebook friends.

I really appreciate your help and support – thank you!

Onto my other news

I had a great afternoon on Monday catching up with Mike (my Producer) for the first time since before Christmas. The break must have rejuvenated us as we achieved heaps, including finishing our cover version of the song ‘Roads’ by Portishead (which I gave you a sneak preview to in my last newsletter). We also managed to shoot a simple performance video to post on Youtube, so we did really well. All that remains is for the track to be mixed and mastered and the video edited. I’m hoping that I’ll be able to share both with you in a couple of weeks time.

We also started to condense our ideas for the music video for my second single ‘Blue’ which I’ll be releasing in March. Over the Christmas period I experimented with a few ideas, which I have to say were a spectacular failure, but it was worth giving them a go! One idea I had was to walk into water holding a GO Pro camera in front of me and submerge, but I couldn’t hold the camera steady enough and the results were very jerky, so we’ve canned that idea! Another idea was to film myself singing underwater in the bath – well, I nearly drowned myself!!

Here’s a still and 2 links to short videos showing one of my many attempts walking into water (smoothly) – don’t you love the pink shoes! 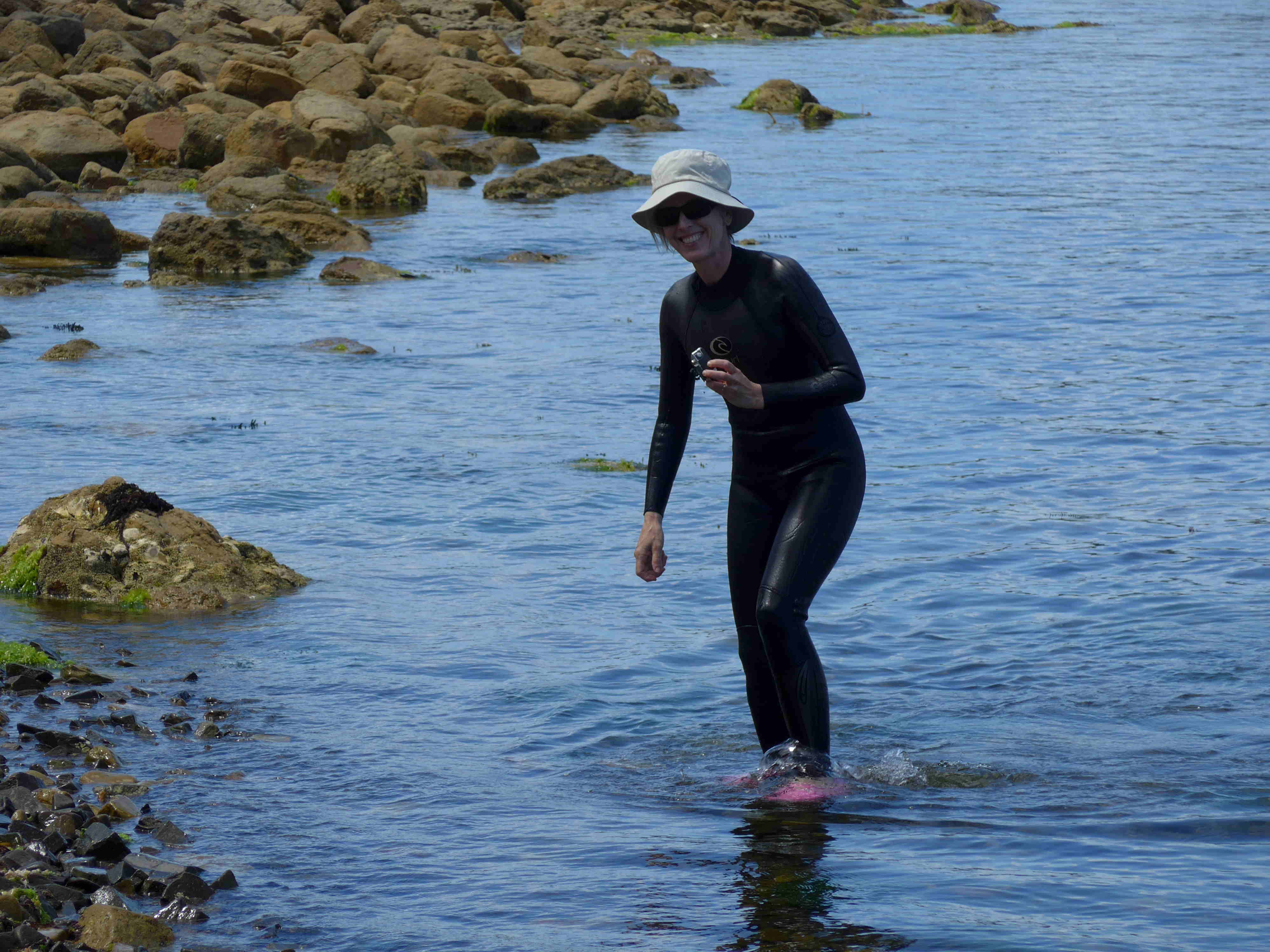 Anyway, by the end of our session yesterday we came up with a new concept which we know is going to work and which we’re really excited about. Now we just have to flesh it out

My final bit of news is that, on Saturday, I’m auditioning for a role in the musical show ‘Chicago’ which is being performed by one of the local theatre groups. If I’m successful, it will be a huge departure from anything I’ve done before, but I really feel that I need to branch out and do something musical which also involves other people so as to avoid becoming too hermit-like and inward looking by only concentrating on my own musical projects. I’ll let you know how it all goes in my next newsletter, although I suspect that my biggest challenge is going to be the required Mid-Western US accent!

I think that’s about it for this time. Don’t forget to drop me a line, whenever you want – I love hearing from you.

Until next time, take care